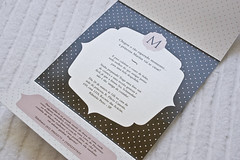 P.s. This page about bridal shower manners, etiquette are meant to be a guide only. It is not meant to be the law. Etiquette is simply a organized way of doing things, it is birthed out of kindness and consideration of others.

Who hosts the Bridal Shower?

Usually bridal showers are hosted by the bride’s friends, maid of honour or her bridesmaids. They aren’t usually suggested or demanded by the bride, her mother or her relatives.

Why shouldn’t the bride and family host the bridal shower?

That is because it is appropriate for the bride to throw a party then designating your guests what to bring.

Family and relatives are like an ‘extension of you’. It may be seen as bad wedding manners to be soliciting gifts from relatives.

Life can get complicated these days with good friends and family living in different places.

If your bridesmaids are all scattered, it is acceptable to have multiple showers though no one should be invited to more than one such event.

Obviously, if a guest is unable to make it for the wedding, she can still attend the bridal shower.

Can I invite a male guest to the bridal shower?

Traditionally, the bridal shower is only for women. It is meant to celebrate and help the new bride get ready for her role as wife and to help her set up
her new household.

These days, there is a modern bridal shower, called the wedding shower, where both parties can come together. Its purpose is similar to the bridal shower. 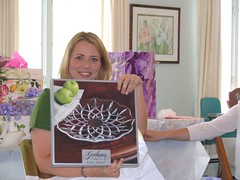 If you are host, organize with your bride to register for her bridal shower registry.

If you are the bride, you may select your registry but do not expect gifts. If you do not wish to receive gifts, you may state so in your invitation (when your bridal shower host gets them organized wth you.)

My Favourite: If you do not mind what gifts your guests bring, or whether they bring a gift or not, just do not mention anything about gifts on your invitation. Personally, I feel this is the best, most elegant choice.

Why choose the elegant choice?

The reason for this is there are already many parties centering one wedding. There is the engagement party, the bridal shower, the bachelor, bachelorette party, the wedding, the house warming etc.

To repeatedly invite guests seems like an open solicitation of gifts.

Presents should be accepted as mere tokens of congratulations. It should not be expected and to receive them is definitely not a “right”.

Therefore (see above), if you are the bride, you should not be sending out bridal shower invitations. If you decided to help out your busy bridal shower hostess, then send it out on behalf of her. The RVSP information should be of your hostess, not yours.

Why Pays For What?

The question a lot of people ask is “who pays for what?” in bridal shower etiquette.

The host can ask for a group of her close friends to chip in and share the cost of hosting the bridal shower etiquette. This should be kept at a minimum since, most likely your guests and bridal party
will be bringing gifts to the shower.

The bride shouldn’t be paying for her own shower.

As for the bachelorette party?

The way I see it, the bachelorette party idea is a spin off from the ‘bachelor’s party’. I don’t think it is necessary for your maid of honour, bridesmaids or anybody part of the bridal party to pick up the tab for the bride, especially
if one of them has a wild idea to go to Las Vegas and blow a tonne of cash on drinks etc, or dress up in elaborate costumes to go out somewhere. Neither do I think it is appropriate for the bride to pick up the tab for everyone at the bachelorette’s party. I don’t think the party is necessary at all, if you are talking about
elegance and being an elegant bride.

In short, everyone should pay for their own if there is a bachelorette party organized.

Obviously, if your maid of honour, or host of your bachelorette party thinks it is a great idea to organize some entertainment for you where there is additional expenses incurred, then she and her organizing party should pick up the tab. But communicate this effectively beforehand, drop hints, be blunt in your emails, just don’t fall out when you wake up and receive the bill.

Explore other wholesome ladies night out ideas which are fun and tastefu at the same time.

Bridal shower manners in a nutshell

Bridal Shower Etiquette In A NutShell

If you have a registry, please register modestly priced items.

If you feel taken advantage of at the registry, better not to go then bear a grudge all your life.

Bridal showers should never NEVER be thrown to get gifts to be exchange for cash. It is an abomination.

Any earlier it will sound like you have been too preoccupied with the wedding which is not as real life as your friends, family and the person you are going to marry, and any later you might just stress yourself and your bridal party a little too much.

Do not ask or even drop a hint for a new pair of Manolos.

Traditionally all women only
…. and sometimes the would-be groom turns up at the end.

Bridal Shower Etiquette for the Bride

There is debate on whether opening gifts in front of gift givers is rude.

Some people consider it as an integral part of the party as though it is part of the bridal shower program.

I’ve searched all etiquette references and books about opening gifts at a bridal shower and I’ve found that it differs from culture to culture. And I don’t mean
culture from another country. It depends on what your group of friends like to do. I also think this is personal choice.

I much prefer to open them privately and send handwritten long thank you notes after.

So you heard that your bridal shower will be a cupcake party and it’s not really your thing? What do you do? Should you comment and refuse?

The key is to have open communication. However, be gentle about it and do not go into detail of what you want or what should be don.

Sure, it is not what you expected, but you smile and remember that someone is taking some time and effort to throw you a party in your honopur.

“Let them have their fun and remember anything they’re doing for you is a gift so you need to be showing gratitude, not attitude.” Miss Manners Wedding Etiquette

Even though your host will be doing most of the work, she will rely on you to provide a guest list and may ask for further help. Being organized about this is a courtesy.

Also, have realistic expectations, accept that no one flies down for a shower.

As mentioned earlier, you should only invite those whom you’ll guarantee them a spot in the wedding guest list.

This is unless a couple decides to have a destination wedding where their local friends are unable to travel for it due to costs and other constraints.
Then, it is acceptable for friends to throw them a wedding party or wedding shower when they return.

Each guest should only be invited to one shower.

Lastly, though a shower is a treat for you, there’s still a core list of people you’ll need to invite as a courtesy, people like your distant relatives, even if you don’t expect them to attend.

To receive credit as the author, enter your information below.


(You can preview and edit on the next page)

What Other Visitors Have Said

In the South, I am accustom to a large Bridal Tea given between the hours of 2-4 to mean that ladies can come and go. also, that the gifts are opened …

Bridal Shower as a Gift Grab

I am involved with a bridal shower, which has almost 100 invitees. I feel this is outlandish, and seems to be a gift grab, but no one else shares me feelings. …

please tell me what or if guests are to buy a wedding gift
when they are paying $2500.00/couple to attend

HI
My name is Angela and I have a question regarding wedding showers. After high school I got married. My wedding was by a justice of the peace and had …

Bride had guest fill out their own thank you notes.

I attended a bridal shower of someone I didn’t know very well.

I brought her a nice gift from her registry. When I arrived at the shower I was given …

I was wondering what your thoughts were on this situation.

Jack and Jill live together, have a baby, buy a house. Jill has a nice baby shower.

Friends are getting married after being together for 25 years. I am invited to the wedding, and plan on giving a monetary gift. However, i just received …