An Elegant Woman and Her Word What is your Word worth?

An elegant woman knows her words are worth something. They are a reflection of her character. Keeping your word is a good thing but the essence of your words are important too. Read more about how to give value to your words.

I recently had some chance to reflect on this question, “What is your Word worth?” 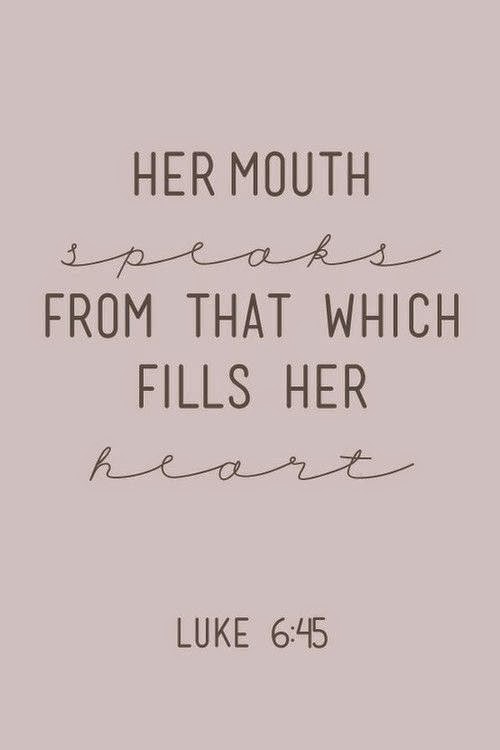 In the past, I was taught that your word, i.e. something that you say that you will do, was something you kept. It was not something to be taken lightly. A person’s character can be measured by the value of his/her word. For instance, if someone said to me, I will be there on Monday, I give you my Word. And then cancels at the last minute, you can judge that his word is not worth very much. Of course, you don’t have to use that phrase “I give you my word”, it means the same thing if you say you’re going to do something, you better do it. Otherwise, you are a sloppy and flakey person, and not many people is going to believe you the second time.

Keeping Your Word is a Measure of Your Character

People who don’t keep their word aren’t necessarily bad, they are just not that trustworthy to uphold their promises. It is hard to take them seriously or depend on them. Maybe they are just good as friends for company, but I wouldn’t trust them with the serious stuff.

Of course, there are many people who don’t believe it is absolutely necessary to ‘keep their word’. They justify that the people they are talking to aren’t that serious too, or they may be just half-joking or not taking themselves seriously. That is up to each individual. As for me, I like my word to count very much. I feel it is a sort of an elegant character I wish to develop.

Words must be followed by action.

When I was 17, a friend from another class confided in me that her relationship with her mother was estranged. It was a bad situation stemmed from childhood. Her mother never wanted a daughter and she was the unwanted child. It hurt her so much to see her mom buying new towels for her brother and giving her rags. I felt such compassion and told my friend that I would pray for her. And so I did.I prayed for them everyday, even if it is just a prayer of two sentences. In the two years of school together, I would secretly ask about the situation and told her I was still praying for her. On the last day of school she told me, “You know, I’m really touched that you have been praying for me. Lots of people say they will pray for me but I know you did.” I lost contact with her after that but many years later, I bumped into her again, with such happiness she revealed that she and her mom have developed a loving relationship. It is incredible! I’d like to think that my prayers made the difference but only God knows. The point is that you can make a difference by keeping your word.

Recently, another friend who makes videos for work required the use of a tennis court. He wasn’t from my country but found himself there for a few months. I told him I would find him his tennis court and I did. I had to pull as much contacts as I had but it makes me feel fulfilled that I kept my word.

By keeping my word, I wasn’t expecting any reward or return of favor but you know, it is not surprising that you will be rewarded in many other ways of being a person of character. I felt I had many opportunities for work, love, friendship, travel that wouldn’t otherwise have had!

I wanted to keep my word. I wanted to be a person of character. I want my word to be worth something. 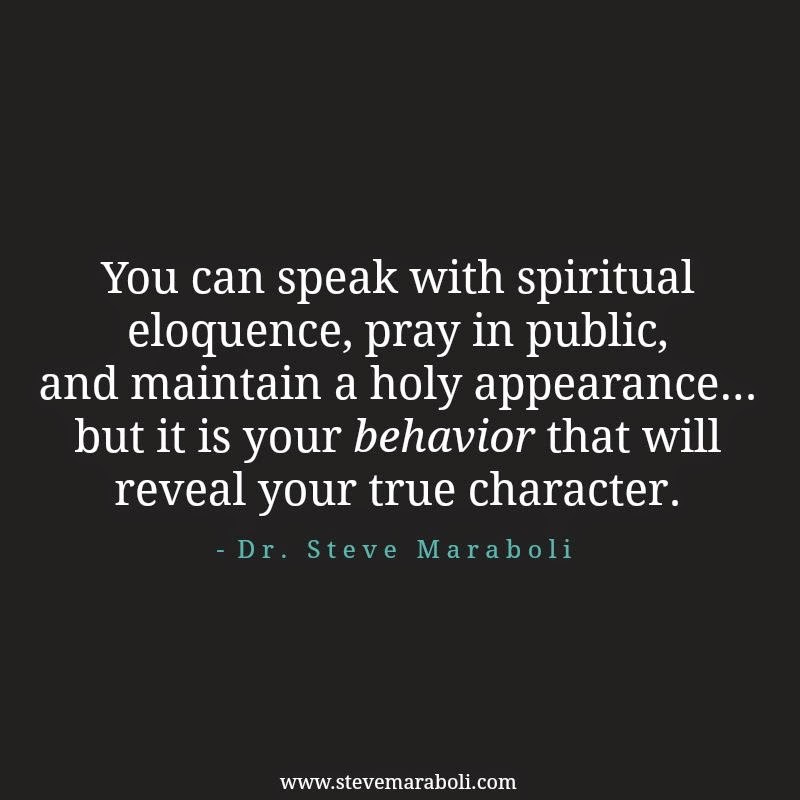 There are so many people in this world saying this, that, tweeting every half a minute, updating their Facebook statuses, rambling when you meet them, worse, gossiping and ‘sharing’ unethically personal information. Sure, how you dress gives people the first impression, but your word helps people decide whether you’re a person of character and worth…or not.

Being a person of character when it comes to ‘your word’ doesn’t only mean keeping it. To keep it is a good thing, it commands self-respect and respect from all around you. It solicits trust.

Maybe you aren’t conscious about it, but you are judged by ALL the words that you say.

This applies to what you share on Social Media.

Your Words on Social Media

To be honest, I do not have many positive sentiments towards Social Media, though I recognize its usefulness as a platform of communication. I feel people are still learning to use and navigate it and sometimes it can bring you more harm than good. There is also not much standard etiquette for integrating your life online – I have my personal standards, but I’m not sure if they are for everybody (and that is why I haven’t shared that yet.)

I used to be quite free – blogging personal stuff, sharing personal photos but as the years passed, I became more wary. And I think you should too. It’s not just about the safety, but sometimes I see posts online and I can see they are braggings disguised as Status updates – whether it is about love, work or friendships. Sometimes they are trying to associate themselves with somebody, or doing some shameless name-dropping or trying to create the appearance of success. It may also be subtle bullying. We are increasingly tying the number of ‘likes’ to popularity or success and thereby affect self-esteem.

For any kind of Social-Media share: What is the motive?

Bottom line: Try to be as organic as possible. Don’t do anything for appearances. If you are thankful for a friend who procured you some rare brie, thank him in person. Take him out to dinner. You don’t have to announce to others what a good friend you have. If you’re genuinely excited to have taken a photo with Kate Middleton, sure, why not share it! If your husband cooked you dinner and rubbed your feet and put the kids to bed, and you want to tell people on Facebook, maybe you could …but not one time too many. (But again, why?)

It all boils down to what you want your word to be worth.

Even though people do judge you, you be your own judge.

Though, maybe you want to also be a little bit careful by how you ‘speak’ on Social Media.

Social Media conglomerates such as Facebook are giving us more (sophisticated) privacy controls however there’s only so much privacy you can control. You can’t control what people upload or choose to share on their wall, even if they didn’t tag you, their public settings can reveal information about you. This happened to me recently.

What You Say about Others Reveals More about You 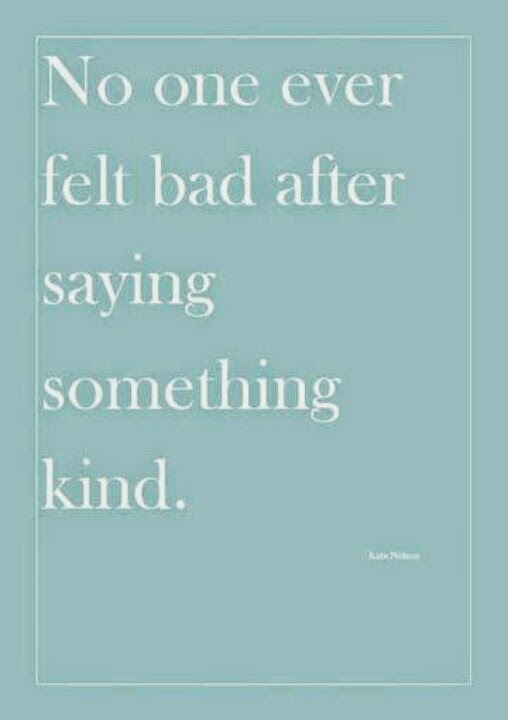 I had a recent fall out with a ‘friend’ who found some information about me on the internet and being the snoop, she put pieces of information, dug into information of my family and friends, weaved her story and began sharing and discussing my personal information behind my back. The information may not necessarily be negative, but I felt that it was extremely intrusive and made me feel as though she had been snooping on me, especially when we’re supposed to be friends. Why did she need to do that? You know she made many of my acquaintances feel like we’re really close – which is exactly the opposite. I was wary of her from the very beginning, judging the way she asked me intrusive questions and about other people I knew.  I should have been more careful. Lessons learned!

When I confronted her (in a firm and matter-of-fact way), she said ‘a friend told her this, a friend told her that…’ (note: gossipers always use this “a friend”) and she claimed that information found online should not be considered private at all…since she found them online. I just wished I had never made her acquaintance and added her on Facebook. I kept the conversation short, just stating that she can continue to share whatever opinions she wanted but just stop sharing my personal information and that’s all. There’s no point trying to argue or reason with someone who does not share similar values.

I can just sum up this lesson in this quote:

“Avoid the friendship of those who constantly inquire and discuss the flaws of others.” – Arabic Proverb

See, a person like that is not high up on my People-I-Respect list. I don’t think her word is worth much in general. Yeah, sure, her word is worth a lot to other gossips, as someone put it, “F knows a lot of scary things about other people.” Now, we can all wonder how in the world did she know all that stuff…

After my confrontation, a few people who knew about it told me I was brave and also about their own personal reservations of her. They were also extremely uncomfortable and didn’t say anything to me because ‘I thought you guys were close friends!’ That really concludes this lesson for me that what you say really SAYS MORE ABOUT YOU than you realize, even if you’re “sharing” (her words) and discussing other people. I didn’t even have to go and talk about her behind her back, she did it to herself.

Your words are important because that is the kind of person you are!

I’ll end off with some lovely quotes about the topic..

Character is how you treat those who can do nothing for you.

Gossips are worse than thieves because they steal another person’s dignity, honest reputation and credibility, which are not so easy to restore. So remember this: when your feet slip you can always recover your balance but when your tongue slips, you cannot recover your words.

Listen carefully to how a person speaks about other people to you. This is how they will speak about you to other people.

If it’s not your story to tell, don’t tell it.

Class is knowing what to say, when to say it and when to stop.

Click here for more Elegant Quotes or read about an elegant woman with integrity. The Importance of Refinement